No matter what market or location a landlord finds themselves in, one thing is always a given; both new and existing residents will be looking for what they consider a “deal”. I can’t even begin to recall the number of times I’d be at the renewal table and hear, “I’ve been such a good resident. I haven’t called in any work orders. I paid my rent on time. I want a discount on my next year’s lease!” Most of you have been in the industry long enough to have had this exact same conversation.

With prospects getting offers for months free and flat screen TVs, it’s obvious that concessions have become commonplace, if not expected. Every conversation that a customer and a representative of a product have devolves into jockeying for an ounce more leverage so one party (often the prospect) can feel like they got a “good deal”. In today’s marketplace it has even hit the luxury goods segments that were previously more concession resistant. But a lower price doesn’t equate to additional value. Instead, it ultimately cheapens the value a product owner had previously put into that project. And that’s not good for the owner, the future customer, or anyone in between. Let’s look at some ways to avoid the concession trap.

For the purposes of this entry I’m going to focus on Denver, where our sales office is located. And let’s get one thing out of the way: Covid has made things extremely tough, no doubt about it. People have been cooped up in their homes now more than ever. That means that their view of their homes may have fundamentally changed. If they don’t want to stay due to some perceived slight or lack of value, every single other asset wants them and needs them as the traditional cycle of move ins and move outs has always proven. It’s doubly important in today’s world, so you’ve got some of the top tier assets in the most sought after areas giving away the farm! “Lease today and receive 2 months free!” Take a 2bed/2bath in downtown Denver and you’re looking at over $4500 in “free” rent! Depending on your accounting practices you may take it up front, you may allocate it over the term of the original lease, or you may give the prospect/new resident the option of either. But I’d venture that the reason you’ve got the ability to lease to that person in the first place isn’t because they wanted to get a home in your asset for a “deal”, but rather they found that some piece of value in their previous home no longer cut it. People don’t move because it’s fun or convenient, they move because they don’t feel heard or appreciated. So let’s address this.

$4500 worth of discounted rent would equate to a smart lock, a smart thermostat, and every single light bulb or switch in the unit, installed. And the totality of that would generally run somewhere just north of $2000. The new resident gets the advanced amenities that they likely wanted from their old management team, and you get a new resident for half the “free” that you were offering them. In this instance you’ve heard them, taken their desires for the increase in resident experience into account, and delivered something that will keep them satisfied through the next phase of their leasing adventures. This approach will also keep their expectations for a similar price to their initial lease (which they won’t take as a discounted rent) in check.

If I ever gave one piece of advice to any one of my leasing agents it was, “they’re not frustrated or angry with you personally, they just don’t feel like we’ve heard their concerns or given those concerns the amount of proportional significance that they want.” The best way to keep a resident is to make them feel heard. I recently spoke with an old colleague who bemoaned that their residents were leaving for more expensive units in a newer asset down the street. This shows that renewals are also the perfect place to take advantage of resident wishes over strict pricing concessions. This is also a direct contradiction to the process of giving concessions in the first place, and it allows for the possibility of increasing their level of satisfaction while still achieving a rent increase (though it’s probably still lower than in pre-Covid times).

Your implementation of the same kind of devices as offered to new residents in the form of a renewal menu gives that resident something for their renewal. An investment of $1500 would give you a smart lock and thermostat that elevates your resident’s experience for not a large cost and certainly not two months worth of rent.

Change Your Community, Change Their World

Both of these instances should show that investment into your assets will provide a better overall leasing strategy than chasing each other down in a price war. We’re not cheapening the value of our assets, but quite the opposite. To this point, we’ve only discussed a specific segment of residents (prospects & current renters), and that leaves out the all powerful “word of mouth” marketing aspect, which organically casts a much wider net.

When you acknowledge that you’re going to have residents who will inevitably try to get as much out of you as possible, either at the time of lease or renewal, this is a way to arm yourself with a counter to lowering your rent. Then the resident has something to “show” for their leasing/renewal activity. This breeds conversations with those in their circles to compare what they got with what their peers received. Lower rent may be important to some, but these sort of resident-centric amenity options are quickly becoming more attractive. After all, people just want to be heard, appreciated, and get the most they can within their means.

Property managers interested in winning these concession conversations, while signing or retaining residents should connect with us by clicking the CTA below. Episense provides owners and operators with smart home solutions and tech-driven amenities that enhance the resident experience and unlock asset value. Schedule a demo today to learn more. 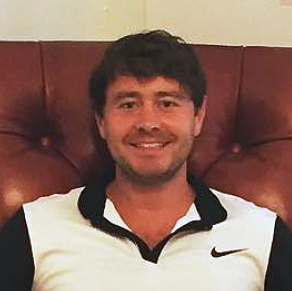 Building Monitoring Systems are not to be mistaken for some trendy, new technological luxury. They’re necessary to the wellbeing of your building and its occupants.